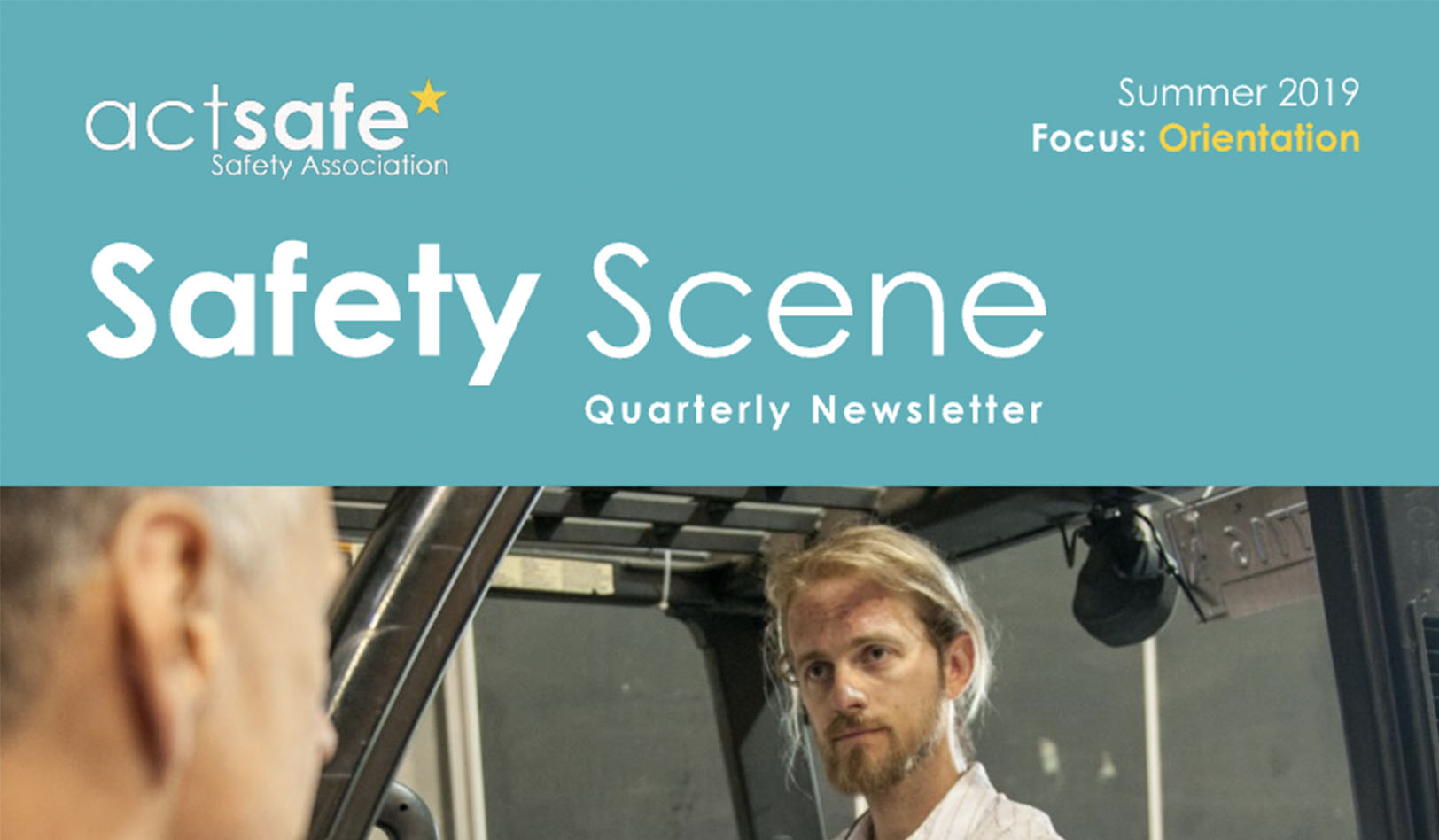 Written by Anand Kanna, Manager of Motion Picture Programs and Services, Actsafe Safety Association. To get in touch with Anand; anandkanna@actsafe.ca or call 604 733 4682 Ext. 120.

Most employers in motion picture and television realize the importance and the need for delivering an orientation to their workers. And for the most part, employers and supervisors are delivering those orientations. The one area we are lacking in is when to deliver an orientation, and how to document it properly.

Let’s say that our shooting crew starts their day in the gritty back alleys of Vancouver. Call time is 10:00am, and everyone has assembled for the safety talk that will be delivered by the first assistant director. Our 1st AD is a pro, and delivers a thorough orientation, touching on all the hazards while working in this urban area. The crew sets off to work, completes the work and quickly packs up, ready for their mid-day move to the forest in the Lower Seymour Conservation Reserve. After lunch, the crew arrives in North Vancouver and immediately starts to go about their work, setting up for their night shoot.

Do we need to have another orientation? The answer is yes. To clarify things, a new or young worker orientation must orient the worker to their new worksite. So every time workers arrive at a new film location, they must be oriented to that worksite. That means we might need to have multiple orientations during a single day. And they have to be documented.

How do you deliver and document multiple orientations to a full shooting crew when arriving at multiple worksites and still manage to get through your day’s work?

Before we dive into that rabbit hole, let’s review what WorkSafeBC requires from an orientation. Occupational Health and Safety Regulation 3.23 lists a number of topics that employers must cover when providing an orientation to a new or young worker. These include the basics such as: rights and responsibilities, the employers health and safety program components like working alone and hazard reporting procedures, and personal protective equipment. These basics can be considered generic orientation topics. There are also site specific topics that must be covered. These can include: who the worker’s supervisor is; who the first aid attendant is, and where to find them; and hazards and controls specific to the worksite. Orientations must also include emergency procedures.

So now that we have an understanding of what WorkSafeBC looks for in an orientation, let’s try and answer that question about how we can deliver orientations at multiple worksites in a single day.

More often than not, it falls on the shoulders of our 1st AD to deliver the site specific orientation to workers on the shooting crew. How can we make this process easier and more efficient for them?

Here are some thoughts that can help us with compliance in this situation:

The bottom line is that as an industry, we conduct orientations on a regular basis, but not as often as we are required to. The biggest stumbling block we seem to have is the multiple worksites in the same day scenario, and simply saying to a WorkSafeBC officer “we don’t have time to stop and do another orientation” isn’t going to cut it.

At the end of the day, we have to ensure that the workers we employ and supervise at each of our workplaces are given a proper orientation and that it’s documented; including those days where we have a midday move. There’s no easy answer to the ‘how?’ question. That’s going to take some creative thinking on our industry’s part. Maybe some of the suggestions above might work for you. Maybe you’re already using a system that works incredibly well. If you are, you’re well ahead of the game. Maybe you could share so the rest of us could catch up?

Actsafe has updated our New and Young Worker Orientation Form, and you can fill it out and file it online. Look out for the new online form in the coming months.

This article was featured in the Summer 2019 edition of our quarterly newsletter Safety Scene. The full edition can be found here.

The full edition can be found here