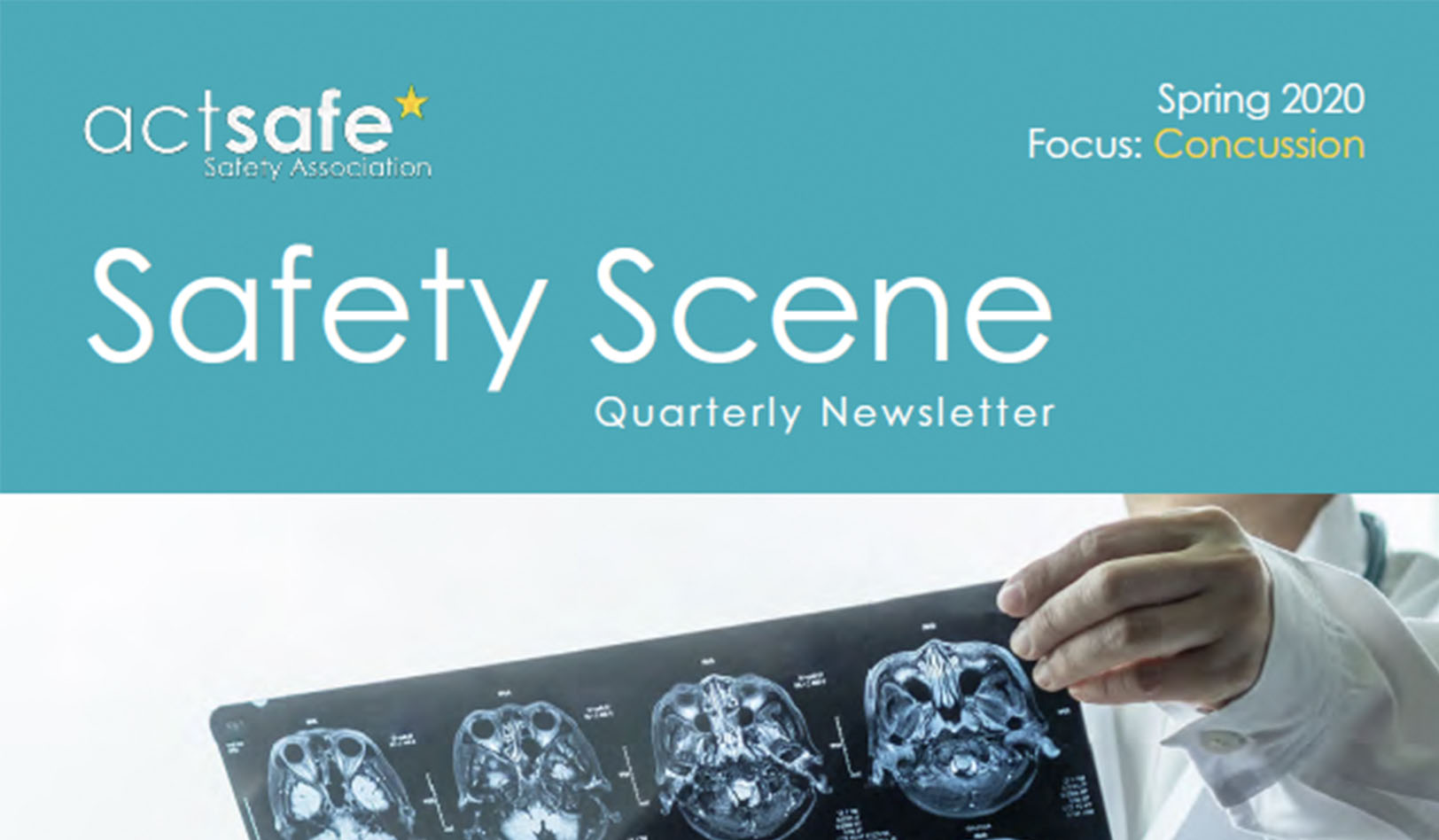 When I was first approached to write an article about concussions for Safety Scene I was tempted to discuss all the things that I know about concussions (which isn’t much alongside the experts who have graciously contributed to this edition). Then I realized that the questions I have about concussions might be shared by other readers, and so, here is a collection of my curiosities and the answers I found along the way.

What is a concussion?
A concussion is a brain injury. These injuries, considered mild to severe, occur as people react to a bump, blow, or jolt to the head – meaning you don’t have to receive a blow to the head to suffer a concussion. The result is a level of impairment that may be immediate or take hours to develop. One doesn’t have to lose consciousness (though if you do, it is considered a life-threatening injury), instead, it might affect your memory, balance, speech, vision, coordination, and/or other functions for some time.

Why is everyone talking about concussions?
To me, the prevalence of concussion discussion revolved around the NFL and a study that was conducted in 2005. After many unfortunate outcomes for retired football players, there was a published study in Neurosurgery that concluded that “the onset of dementia-related syndromes may be initiated by repetitive cerebral concussions in professional football players”. This was hard to ignore and brought concussion conversations to the forefront in the media and then workforces everywhere.

Where do these claims come from?
According to the Canadian Centre for Occupational Health and Safety, among industries with the highest rates of concussions, you will find transport and storage. The causes of workplace concussions range from falls, to being struck by objects, to motor vehicle incidents. Transport, storage, and motor vehicles are a part of our everyday work environment, whether we are sourcing props or costumes for our next show, or manually moving boxes, road cases, furniture, or set pieces around our stages, front of house, shops, and storage areas.

Last thoughts…
Concussions, like mental health, are often invisible injuries. Though they are the result of a physical force, the damage is within. If you feel like you have “had your bell rung”, “got the snot knocked out of you” or are “seeing stars”– its time to report to first aid, and follow the protocols highlighted elsewhere in this edition. Remember, the most important 6 inches in safety is between your ears.

This article was written for our quarterly newsletter, Safety Scene. You can find a link to the full edition below.

Click here for the full Spring 2020 Edition of Safety Scene.