Skip to content
Subscribe
Menu
“We are in the entertainment business, not the emergency business… aren’t we?” 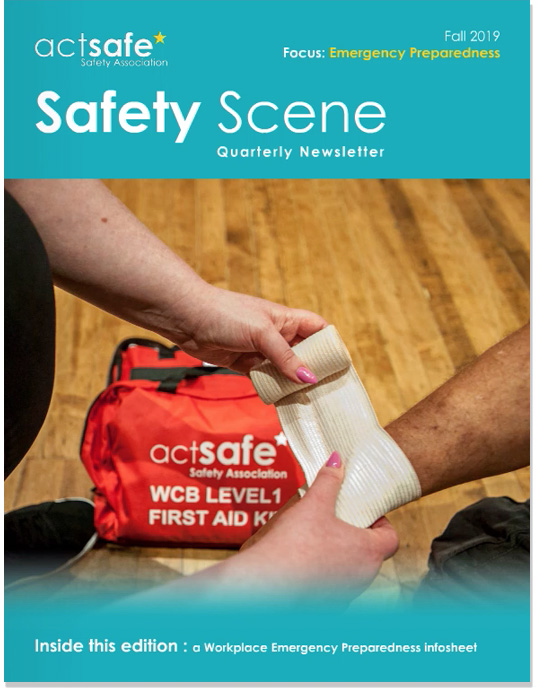 So, how do we prepare for crowd emergencies and what do those emergencies look like? I will answer the second one first: everything and anything that might impact negatively, hurt, scare, or kill your crowd should be considered a crowd emergency. “What? Are you mad? How can I plan for every possibility?” I hear you ask. Well the answer is you can’t, and you do not have to. What you have to do is plan to deal with reasonably foreseeable emergencies. If we started to make a list this article might never finish. For example, weather. Heat, cold, wind, rain, snow, lightning, and so on. And not only outdoors – what if you evacuate a theatre because of a smell of smoke but you send people into a raging thunderstorm?

What about issues of overcrowding caused by popular bands or artists, or artists who have gained popularity because of a big hit or had a radio interview since you booked them? How about a stage falling down, a barrier collapse, a DUI car driving at a crowd, a fire, a building structural failure, a drone falling from the sky and laying smoking on the floor? Should I go on? I haven’t even started on the terrorist attack or the ‘fear caused by the fear’ of a terrorist attack. The sudden bang as a barrier falls which triggers a self-initiated evacuation by the crowd charging towards narrow gates that you kept narrow because you expected people to leave over many hours – not all at once!

I dislike the word ‘stampede’, but we are certainly seeing more ‘stampede-like’ behaviour, as frightened people just run. Here are just some of the many examples: the 2017 Black Friday incident at Oxford Circus, London where 60+ people were injured as they ‘escaped’ from an innocuous fight; the crowd-initiated evacuations at Global Gathering in New York leaving 7 injured; the self-evacuation of the crowd during the Toronto Raptors firearm incident in June; when a motorbike backfired, and people ‘heard’ gunshots in New York; and just this August, self-evacuations at Bank Station, London where 22 people were injured. Free running crowds will hurt themselves and each other. God forbid that we have used lorries and concrete blocks at the end of the street because when the crowd runs, suddenly, they are running into that funnel that kills people!

Oh, and what about the inadvertent and ridiculously coincidental failure of four safety systems at one of my events this year that led to human waste, (yes, that type of waste and its ‘Blue Elsen’ chemical cocktail), being fed backwards from the washrooms into the public clean drinking water system. I look forward to sharing that story with you at the ‘Actsafe Entertainment Safety Conference’ in March, 2020!

Hang on though, this is supposed to be fun isn’t it, this event planning and festival thingy that we all do? We are in the entertainment business, not the emergency business. Well I am sorry, but if that is what you are thinking, you are wrong. You are wrong because the minute you invite people to be entertained, explicitly or not, by ticket, payment, or free, or just by staging a show, then your responsibilities to the safety of those people has begun. In some ways you are more fortunate than we are in the UK. You follow more of a US style justice system where the priority seems to be compensation. Ours is about imprisoning those who hurt others, be it intentional or carelessness, and that includes a charge we refer to as ‘Gross Negligence Manslaughter’.

So how do we prepare? Well, we start with good planning and a team of ‘competent’ people who know their roles in emergencies. Know your ‘ball bearings’ i.e. those who make things run smoothly, from your ‘cookies’ i.e. those people who crumble under pressure. Test your plans by putting them under some scrutiny, getting others to ask probing questions. ‘Table topping’ those things you don’t want to happen is the best way of knowing if you can cope if they ever do. It doesn’t have to be formal, it doesn’t have to be a room of 100 people practicing for an airliner crashing on your site, but it should be asking what you do when lightning is 10 miles, 5 miles and 2 miles from your site. You can just run scenarios in your office and play ‘yes, but what if’ games.

Good communication doesn’t mean just hoping that the cell phones will work mid-crisis (they won’t). It’s about having a control room or fall-back centre, with comms, lights, and power where your crisis team can quickly meet and establish control. It relies on not assuming that the emergency services will take over in seconds, and accepting that you will be in charge for a period of time.

During my 12-hour water contamination incident I continued running the 3-day show, managed the health emergency, and was the lead on four other significant incidents, including a drone crash and a ‘terrorist’ incident (that ultimately wasn’t). I was tested to my limit, but a good team, a quiet building, frequent cups of tea, and a damn good loggist (in this case, my wife), meant we managed it all, took praise from all the emergency services, and now have a 24-page accurate record of just how we did it. Want to know more? Well join us at the Actsafe Entertainment Safety Conference or at one of my Crowd Safety Workshops in March, 2020. actsafeconference.ca.

This article was featured in the Fall 2019 edition of our quarterly newsletter Safety Scene.