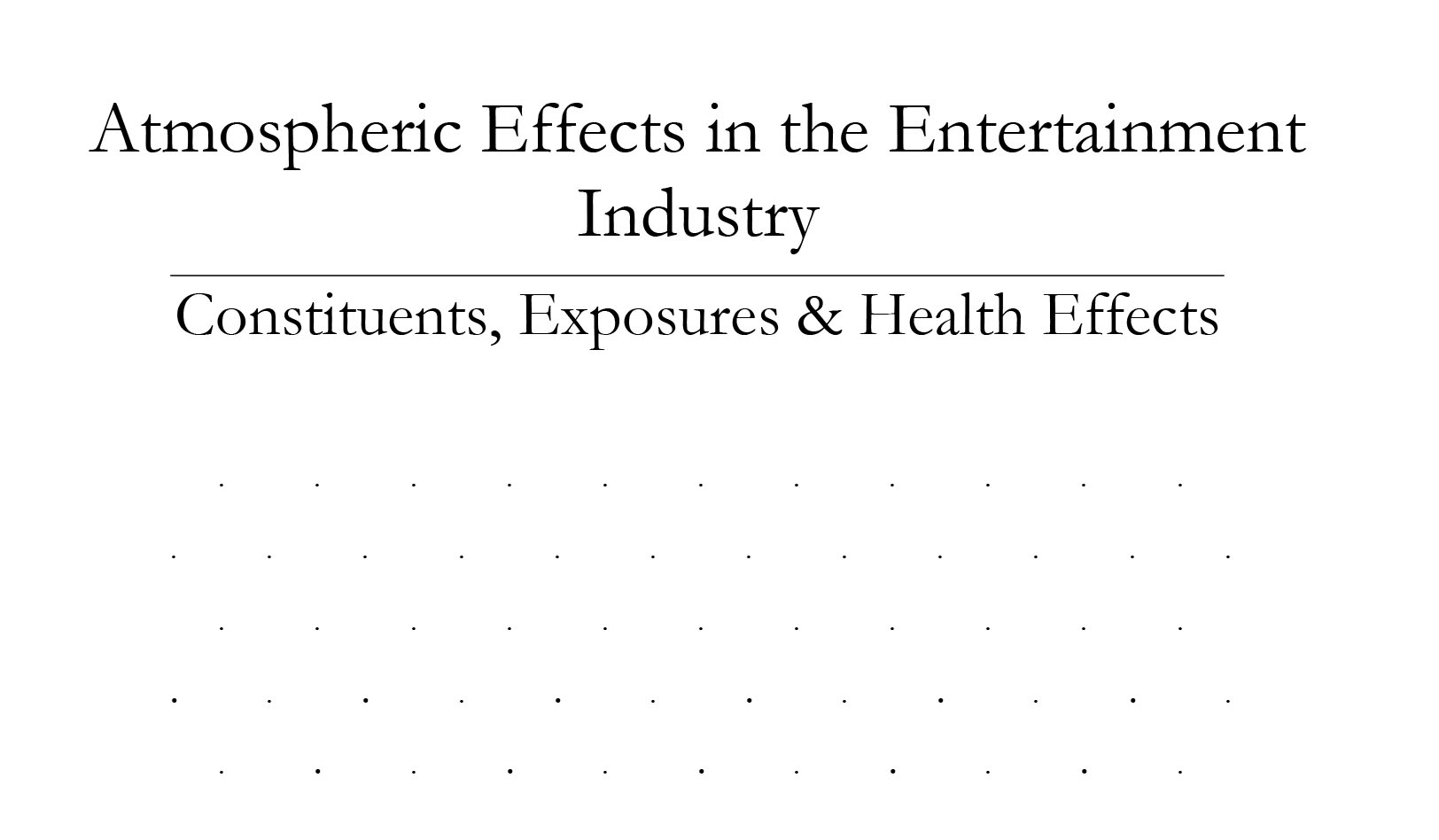 UBC’s School of Occupational and Environmental Hygiene have published this full report on the safety of atmospheric theatrical smokes and fogs in 2003.

The American Conference of Governmental Industrial Hygienists (ACGIH) 8-hour time weighted average Threshold Limit Value (TLV) for mineral oil mist is 5mg/m3. Since 2001, the Notice of Intended Changes has not distinguished the type of mineral oil and has proposed a standard of 0.2mg/m3, as inhalable aerosol.

“On average, the largest proportion of the aerosol (61%) was small enough to reach the alveolar region of the lungs. These fine aerosols (<3.5 microns) are not visible and can stay suspended in the air for long periods (hours to days), whereas larger aerosols (>10 microns) stay suspended for only second to minutes. Glycol fogs tended to have higher proportions of aerosol in the larger nasopharyngeal size ranges, whereas mineral oil and combined fog types had more in the alveolar size range.”

“In conclusion, these findings indicate that both acute and chronic upper airway irritation is seen in association with increased exposure to theatrical fog aerosol regardless of the type of fog raw materials used. Chronic lower airway or chest symptoms (asthma-like symptoms in the past 12 months, wheezing, chest tightness) and airflow obstruction appear to be linked to chronic (but not acute) exposure to fog aerosols.”

To read the full document, and to print, click here