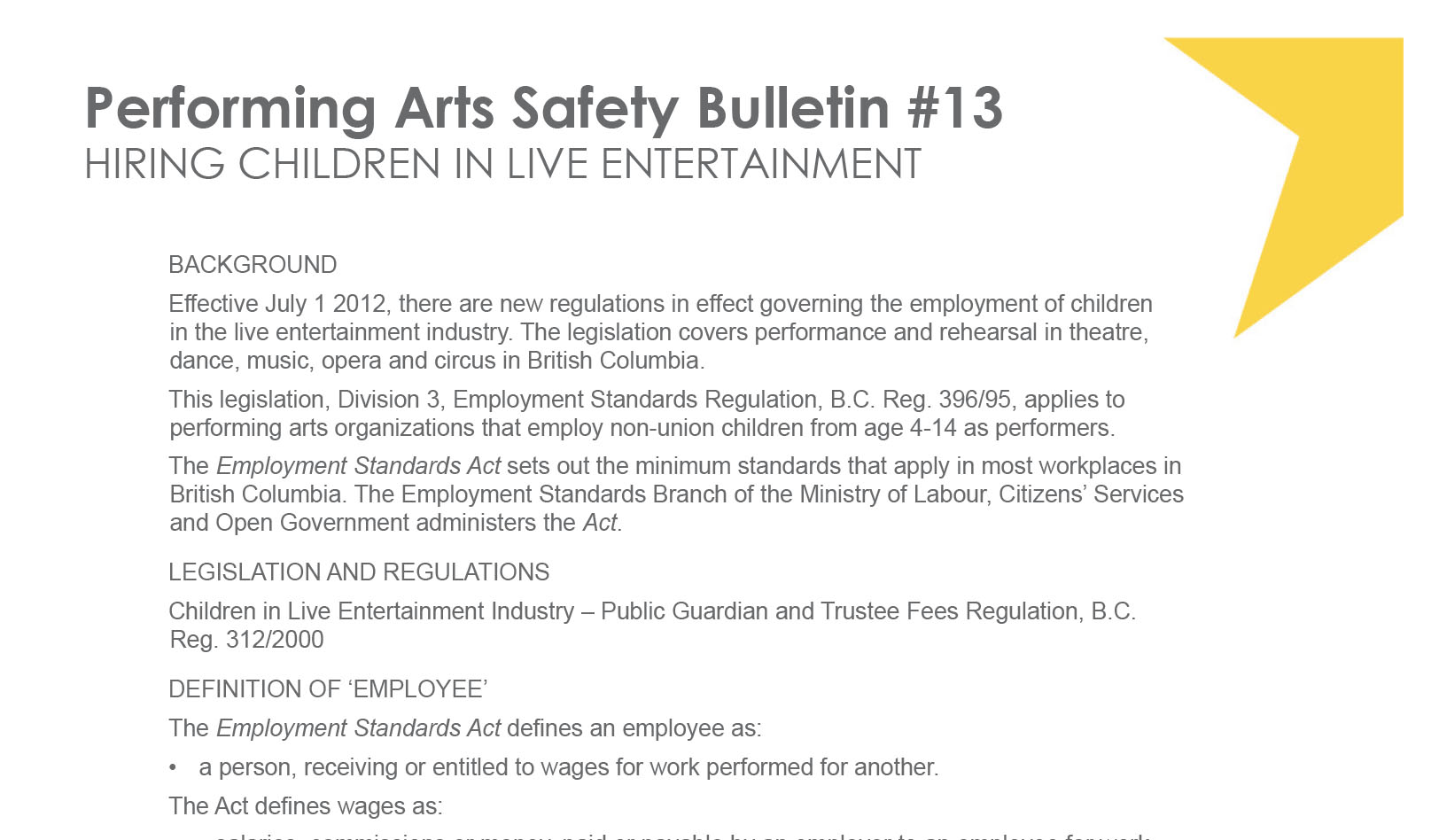 Effective July 1 2012, there were new regulations in effect governing the employment of children in the live entertainment industry. The legislation covers performance and rehearsal in theatre, dance, music, opera and circus in British Columbia.